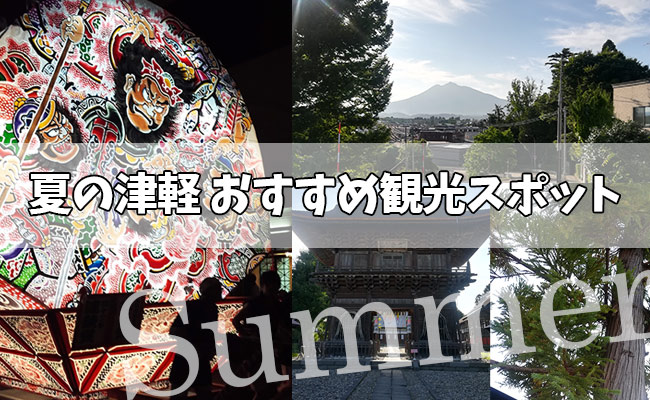 The summer in the Tsugaru area in Aomori Prefecture is in no time.
It is "Tsugaru's summer" that the energy of the local people burst at a stretch while the fall is coming soon and the winter is coming.

Famous festivals such as Aomori Nebuta, Goshogawahara Tatemutake and Hirosaki Neputa Matsuri are held in various places.
But this time, I would like to introduce a spot where you can enjoy the charm of Tsugaru, which can be enjoyed only in summer!! 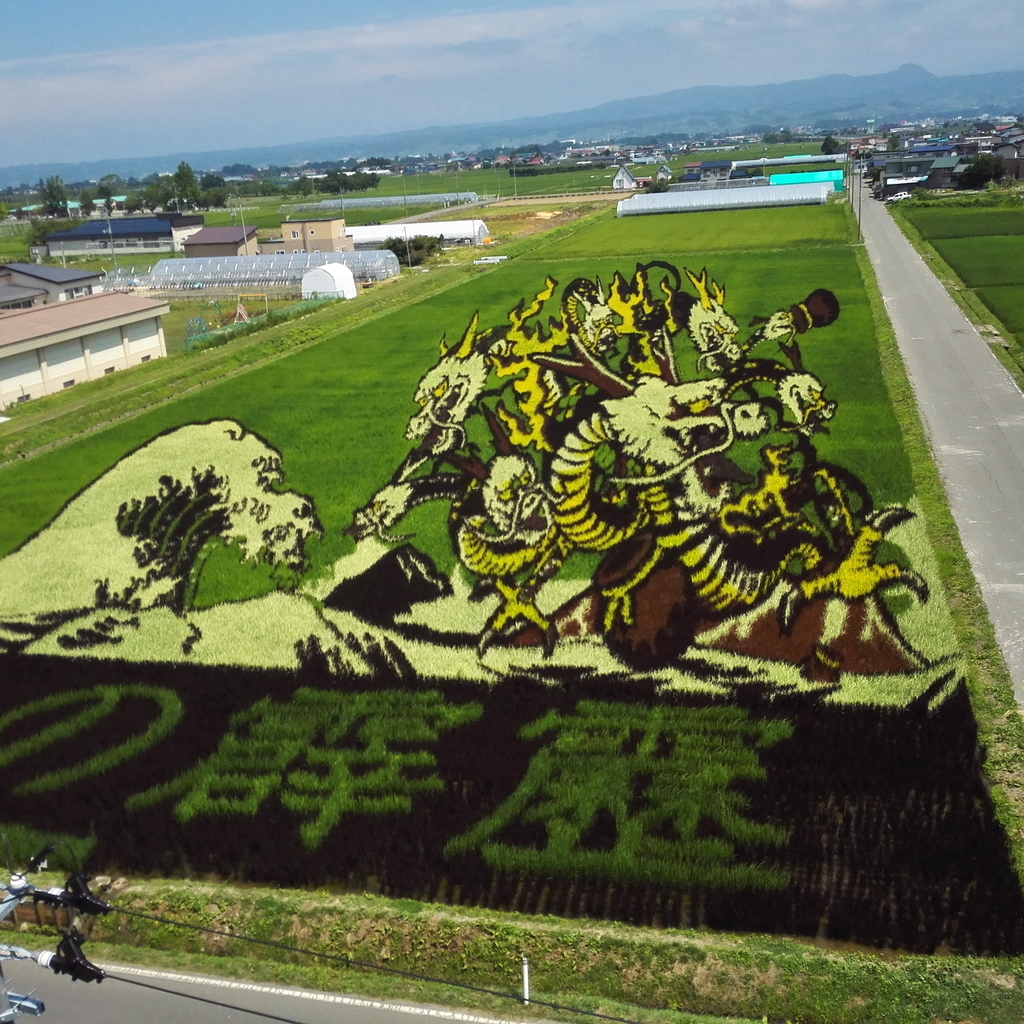 It is a huge art using the "rice field" which a small town "Rokunokan Village" with a population of 8000 plans as a part of revitalizing the town every year!
This event started in 1993, but started using three types of rice in the first year. It is an autumn special event of Tsugaru, which now makes full use of seven types of rice, and the degree of completion is amazing every year.
Seeing in the photo is not as powerful as seeing it in the hall. 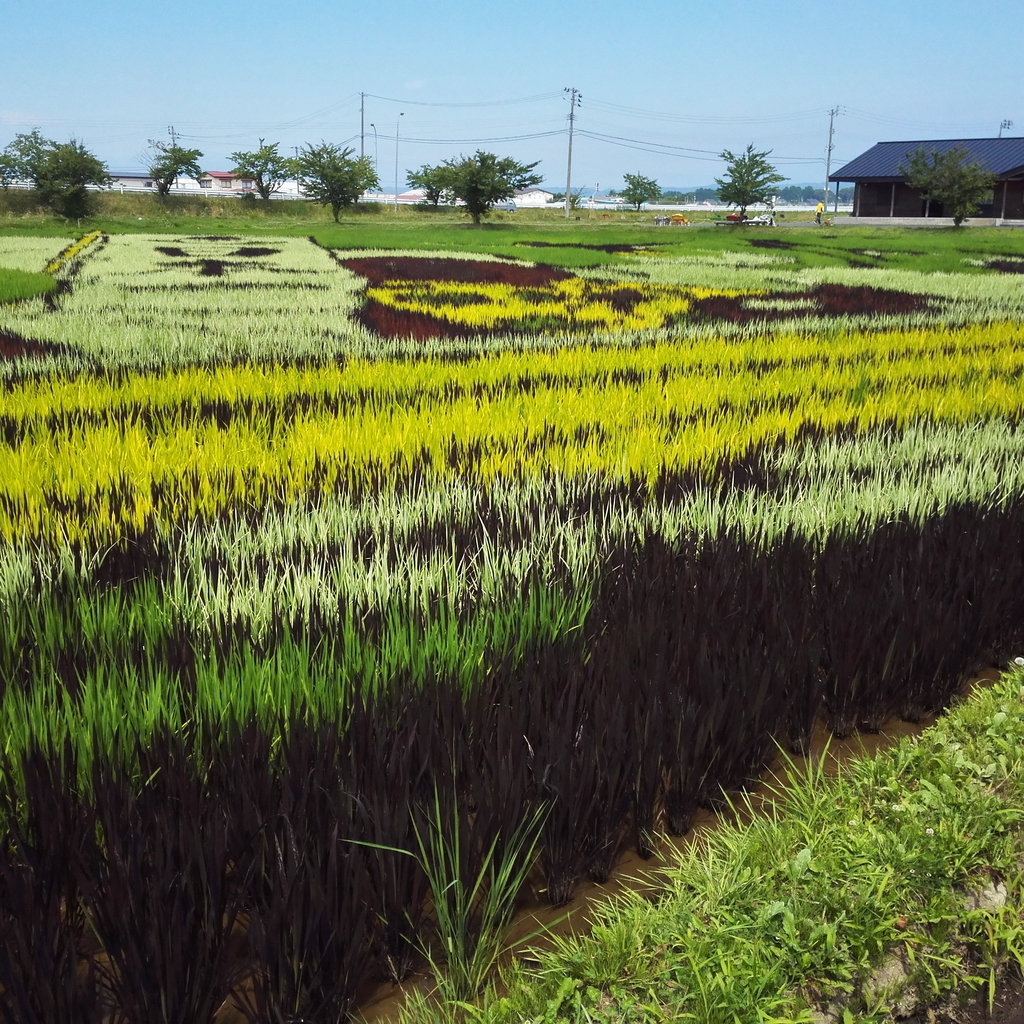 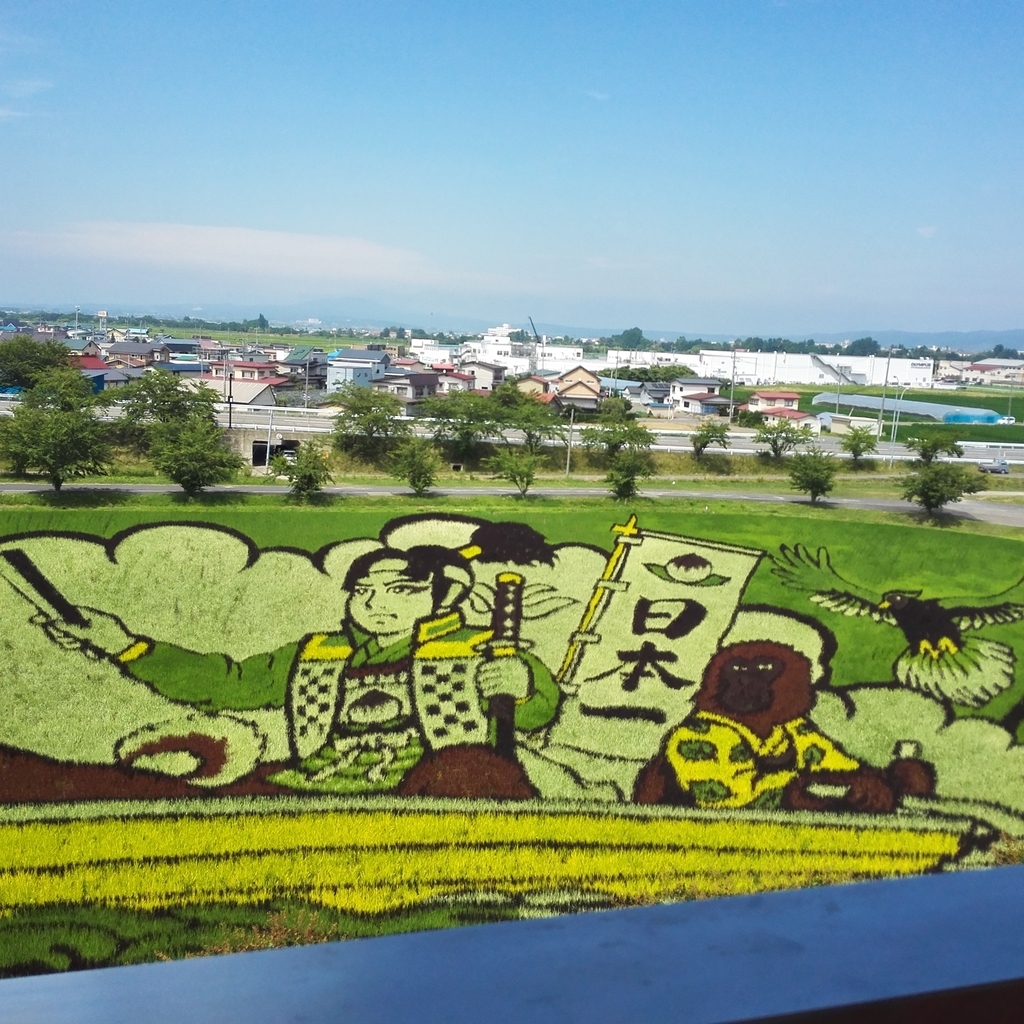 In addition, the picture using the whole paddy field is very huge, and it is made using perspective so that it looks beautiful when viewed from the roof of a distant building.
It looks like the picture moves when the ear of rice is blown by the wind, and it is powerful.
It is a spot you definitely want to see if the season is right!
The best time for the Rokunokan Muradanbo Art is from mid-July to September.


Rice field art is divided into two halls, the 1st hall and the 2nd hall, and it is charged.

What is the "Castle tower" at the first venue? It will be thought, but the design of the Country House Village Hall has become castle-like, and it is just a castle tower.
However, the rice field art itself is designed with the right angle when viewed from the 4th floor observation deck, so only the person who likes the castle tower is recommended.

From Aomori Station, take Ouu Main Line → Get off at Kawabe Station → Take a taxi to the Country Hall Village Hall
Do you feel that? Transportation is not very good. 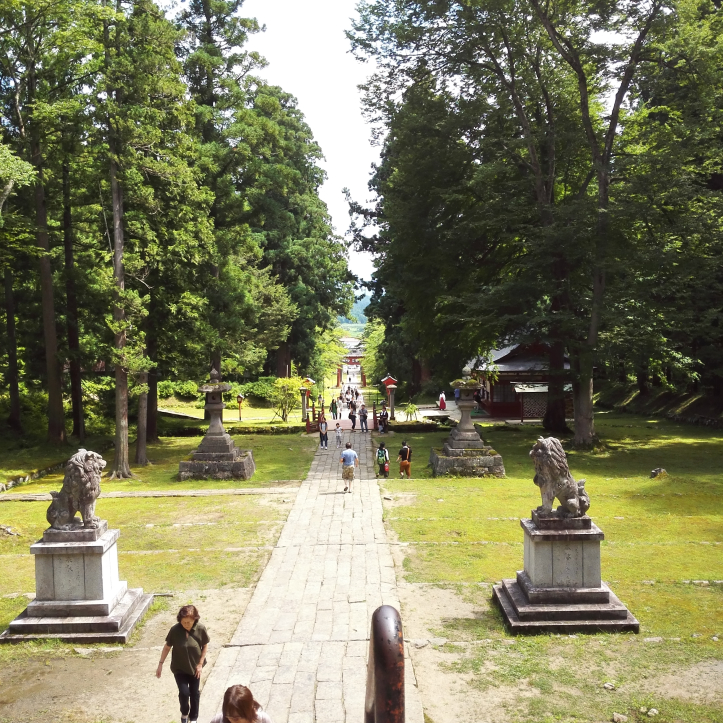 Iwakiyama Shrine is a shrine located at the entrance to "Iwakisan (altitude 1625m)", which has been revered as an object of faith in the Tsugaru area since ancient times.
The shrine is rooted in the area so that every Hirosaki citizen has always visited, and visits the steps of the cobblestone.

This cobblestone approach is one of the mountain trails of Iwakiyama, and the Okumiya of Iwakiyama Shrine is near the top of Iwakiyama.

Even in Aomori Prefecture, the northernmost point of Honshu, the temperature has increased more than 30 degrees in summer. So, I recommend Iwakiyama Shrine as a summer spot. After all, they are somewhat cool because they are located in the mountains. And, the chorus of the semi which can be heard constantly from both sides of the approach. The clear air and the slightly cool air feel like it prepares the mind for a visit that evokes the feeling that you have come to another space. 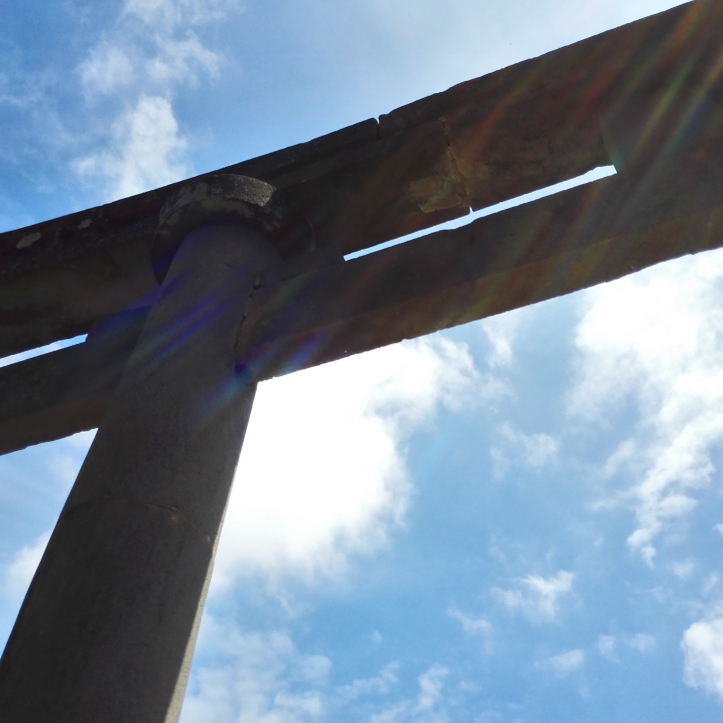 Iwakiyama Shrine is said to have been founded in 780, but many fires have destroyed many of the buildings at that time. The buildings that can be seen now are erected by the successive Tsugaru lords, and still have a history of more than 400 years, and some buildings are designated as important cultural properties of the country.
Mt. Iwaki has snow that is slightly over the height of people when it comes to winter, but the building material that has endured that kind of snow for over 400 years is the tree called Aomori Hiba. 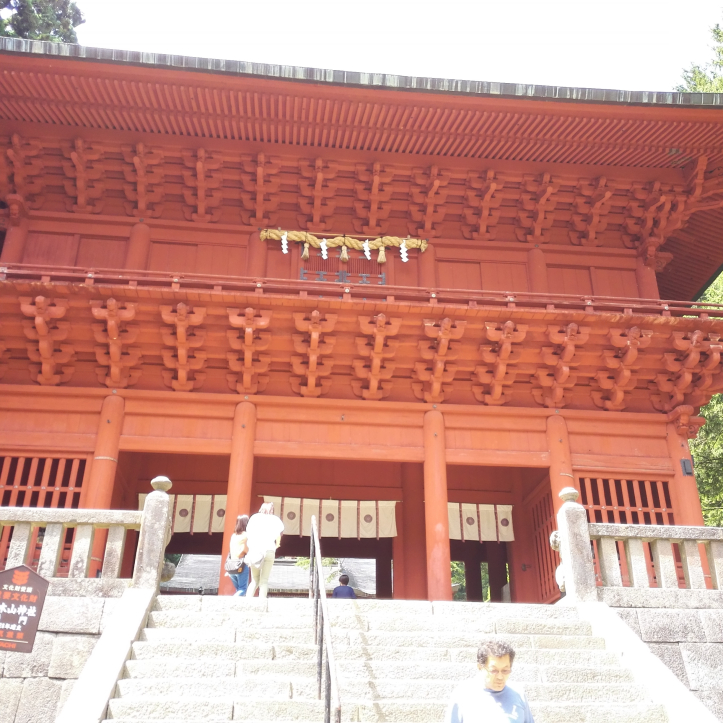 One cobblestone, one building, it is a unique Shinto shrine where you can feel the feelings towards Iwakiyama and Iwakiyama Shrine of people of history and area.

There is a parking lot at the entrance of the precinct and there are small shops and shops so you can buy snacks and souvenirs. The staple item of summer is the ice shop. 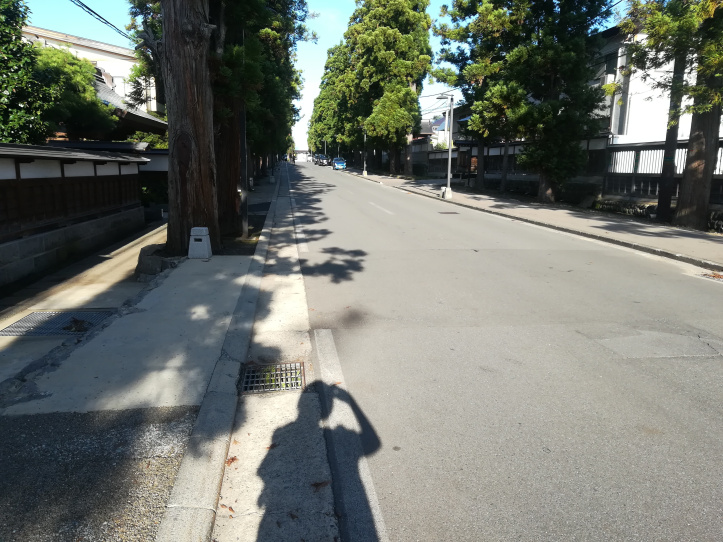 "Zenringai" is also a favorite spot personally.
There are 33 temples of the same sectarian standing on both sides of this main road, and it is a very rare street from a national perspective. 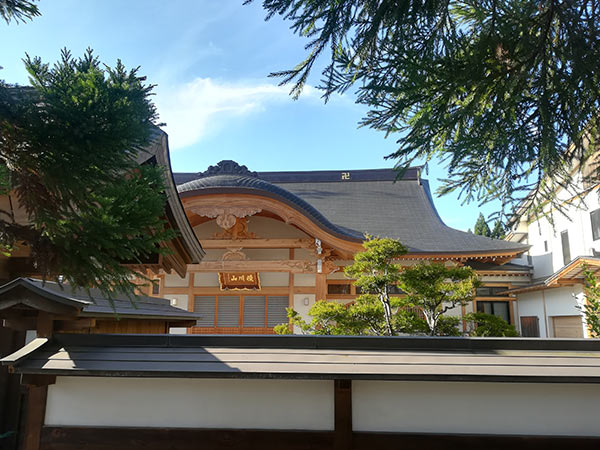 I think that it is an irreplaceable place for history lovers, who can fully feel the history of the town development and the commitment of the successive Tsugaru family, who once ruled "Tsugaru". 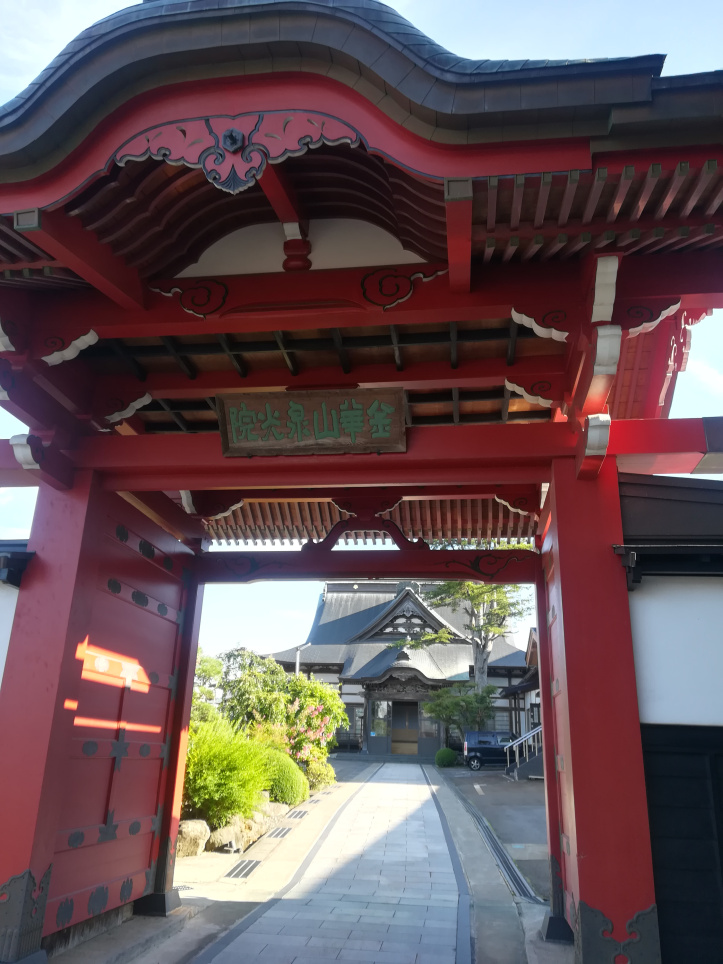 Hirosaki City is a castle town, so you can still feel the history of the streets around the castle.
It may be smaller than Kyoto, the city. However, although it is small, the cityscape that has been considered and created around the lord at that time remains. If you like a trip that enjoys the ambience of the time, feel free to take a walk through the road, looking at the buildings on both sides. 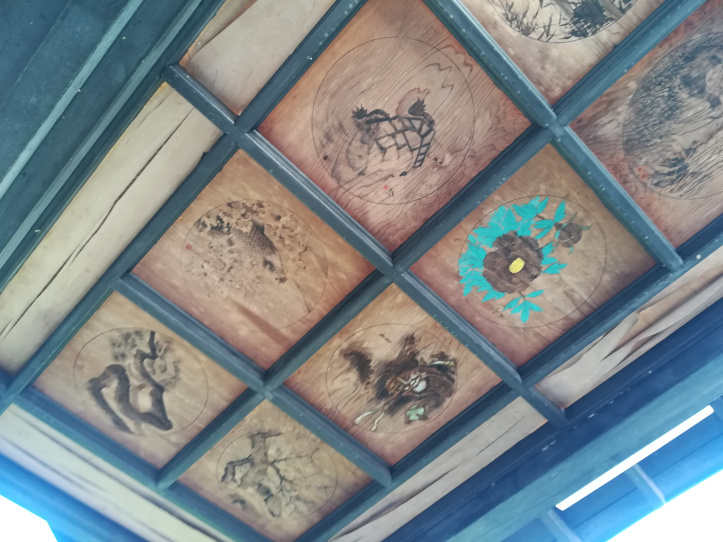 Personally, I feel this kind of thing is unbelievably attractive, but because it is each person.

There is an interesting red building with a hexagonal shape called "Sazaedou" at the entrance of Yulin Street. 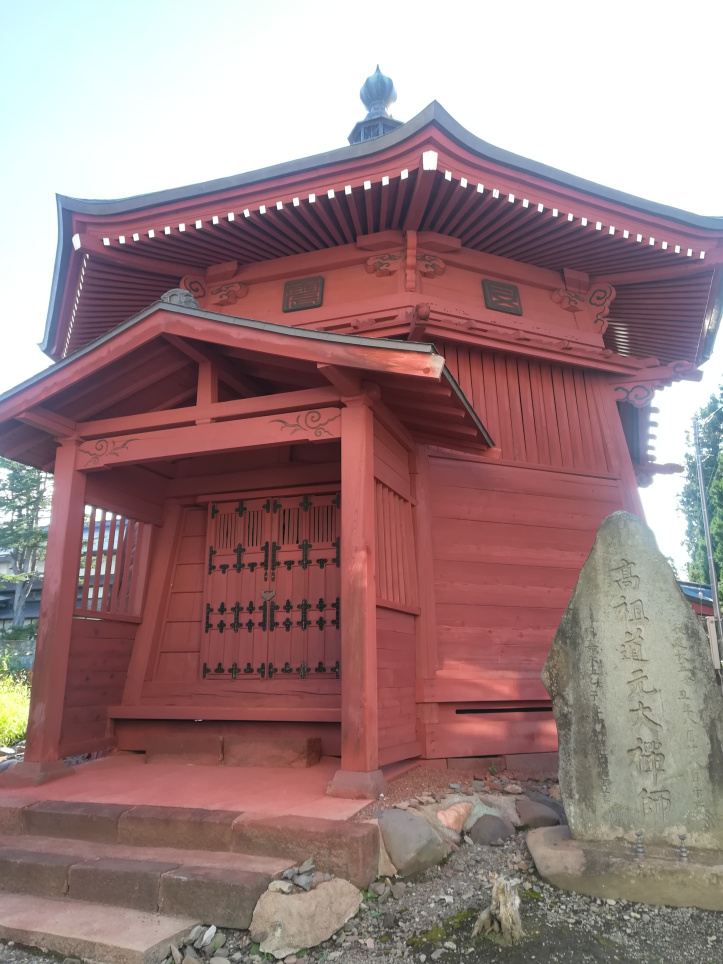 It was originally built as a memorial tower, and there are stairs in the building, and it seems that there is a meaning such as human beings will be reborn if you go around it around this. It becomes a very unusual building.

When you enter Yulin Street from Hirosaki Park side, Choshoji is at the end of it. 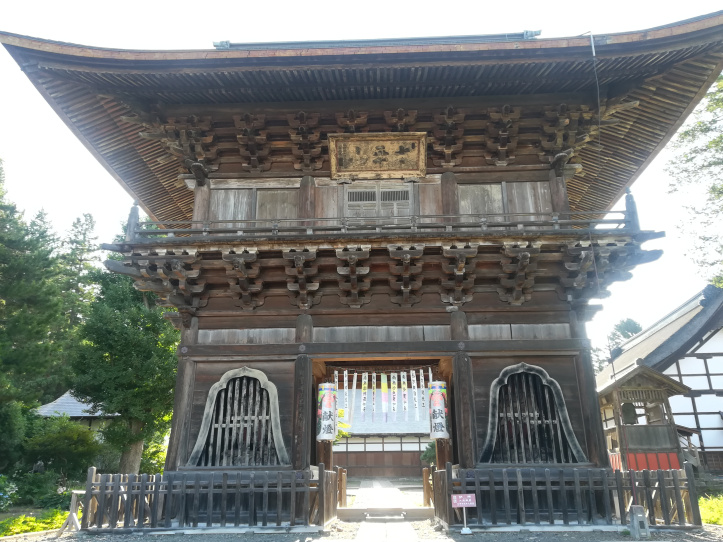 It is a historic building built in the early Edo period. 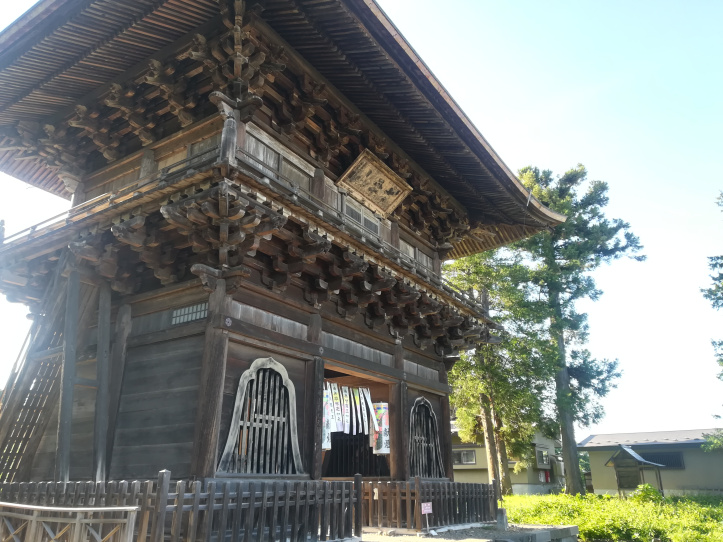 Such an old building is a street that stands on both sides of the road.
I think it is a spot where you can enjoy a quiet and slow walk, as there are few car paths except in the tomb season. It is a recommended place for foreigners. 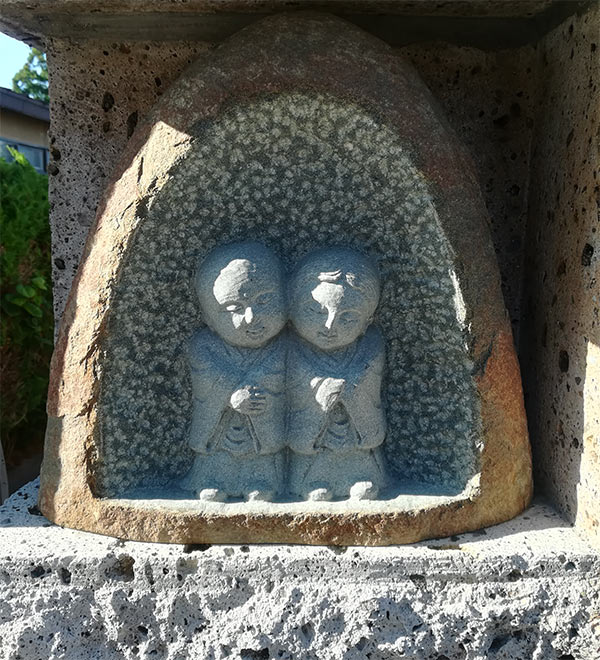 Please look for such a cute Jizo because it is somewhere in Yulin town.

There are no shops on Yulin Street, so take a drink with you in summer. (There are shops and convenience stores as soon as you leave Yulin Street) 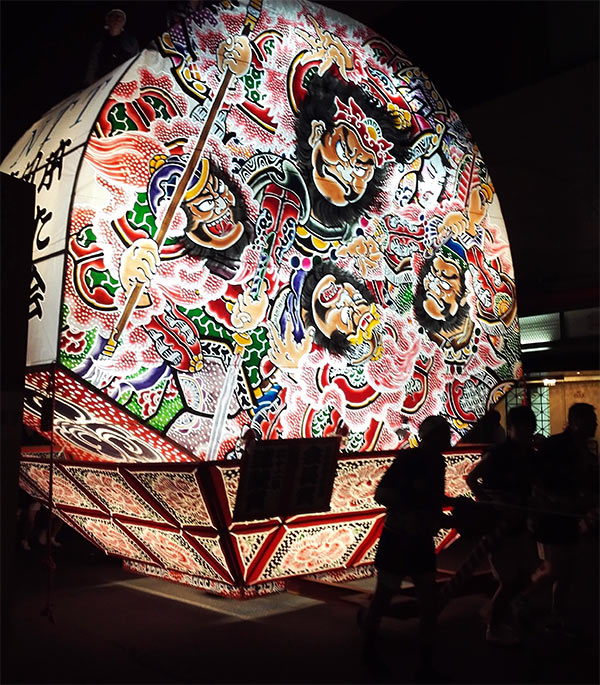 Hirosaki summer sightseeing, I want you to see absolutely "Hirosaki Neputa Festival".
In Aomori Prefecture, Neputa Festival and Nebuta Festival (name changes depending on the area) will be held in various places in the prefecture in August.
Famous places are Aomori City, Goshogawara City, Hirosaki City, Kuroishi City, Hirakawa City.
However, in addition to this, it is also carried out in "town units" such as Fujisaki Town, Itayanagi Town, Tsuruta Town, and "village units" such as Countryside Villages, so it is summer in Aomori It is.

Nebuta and Neputa Festivals held all over Aomori, which one would you like to see?

There may be people who are worried about it, but the Hirosaki Neputa Festival is "static."
It is more appropriate than the festivals in Aomori and Goshogawara, but there is such a feeling that the quiet energy that flows from the viscera and the viscera slowly overflows with the "motion" that rises gently. The number of floats is very large, with around 80 cars coming out each year. The hail is "Yayado".

The Hirosaki Neputa Festival is a bit unique compared to the Aomori and Goshogawara Nebuta festivals, which have a distinctly dynamic atmosphere. (It may be said that Nebuta = ｍovement, Neputa = static)

This calming force is the habit. It is an appeal that can not say anything.

The Hirosaki Neputa Festival is held every year from August 1st to August 7th.
The venue will be Hirose City's central town "Tatecho" and "Hirosaki Station".
You will not be able to get a room if you do not make reservation for the hotel early.

So, we introduced the summer recommended spots. I am glad if it is helpful ^ ^